3 Reasons A Mentorship Will Further Your Career

Home » Blog » 3 Reasons A Mentorship Will Further Your Career

I’ve been in the sports performance industry for 12 years. I’ve coached at the college level, trained 7 year olds, and have had the pleasure of working with athletes chasing Olympic Gold.

I’ve never felt more satisfied and rewarded in my career than I have in the last 12 weeks being a part of the Parisi Speed School Sports Performance Mentorship.

Now, that’s a bold statement, but a true statement nevertheless.

I promise this will come full circle, but first, a little back story.

Almost five years ago in 2016, I went through the worst year of my professional life. A year that was spent trying to open my own gym which eventually fell through. With the stress of a failed business endeavor, my own fitness fell into decline. My training program sucked. My confidence disappeared from every aspect of my life. I was just a miserable person.

A feeling many, regardless of industry, can relate to.

A friend of mine recommended an online mentorship geared towards helping fitness professionals called ‘Strength Faction’.

Having already tasted some career success, I was skeptical.

I thought I could handle my internal and external problems on my own.

My failed gym ownership was just a blip on the radar. I definitely was going to be able to rebound.

So I ignored my friend, and tried to right the path on my own.

Betcha didn’t think that was going to happen.

So four months went by and you know what changed? Nothing. Nada. Nope. I was still stuck and unhappy.

Another friend of mine approached me and said he was enjoying an online mentorship geared towards helping fitness professionals. You know what that group was called?

Yeah…you’ve read this part of the story before.

This time though, I joined. I set up my credit card to be billed monthly on January 1st of 2017 and have never stopped paying my dues. To this day I think that being a part of a mentorship saved my career.

In May of this year, the Parisi Speed School, the company I’ve proudly represented since 2011, approached me about leading the charge on their first ever mentorship group. With my own positive experiences, to which you just caught a glimpse of, I agreed without a second thought. The past 12 weeks have been some of the most rewarding in my entire career.

3 reasons a mentorship will further your career…

What seems to be the most obvious reason but is the most under-appreciated reason is the fact that a community of brain power, when combined, brings amazing outcomes.

In the first round of Parisi’s Mentorship, the entire group went from pandemic-shut down Coaches to Coaches who have reopened with success. Sharing and comparing reopening strategies, how to implement alternative revenue streams, new programming strategies, you name it, we talked about it.

With 25 brains added to yours, what can’t you do?

2. Who keeps you accountable?

An area in my career that was lacking was accountability. I always felt productive. My paychecks were decent. My clients were having some success.

When I put the power of a community behind me, I learned how productivity would push my career further. My personal success and my clients success went hand in hand. My paychecks also grew, which didn’t suck. The community kept me accountable, and the community was there to help me grow both personally and professionally.

Let me ask, who does that for you now?

One of the greatest elements of Parisi’s Mentorship is not only the access to research, but rather, the implementation behind the research to multiple settings and athletic abilities. Personally, for me, this is the secret sauce. Being able to take high-level concepts and apply them across the spectrum of age/ability and group size/environment has allowed me to grow as a professional and also make sports performance the sustainable career it has been for the last 12 years.

If you’re serious about making sports performance a sustainable career, the next round of Parisi’s Sports Performance Mentorship begins September 1st.  As your mentor, I look forward to getting to know you, your coaching practice, and how Parisi can help make sports performance the career you’ve always wanted it to be.

Enrollment is now OPEN! We only have 25 spots available for this fall so make sure to get your application in ASAP for consideration! 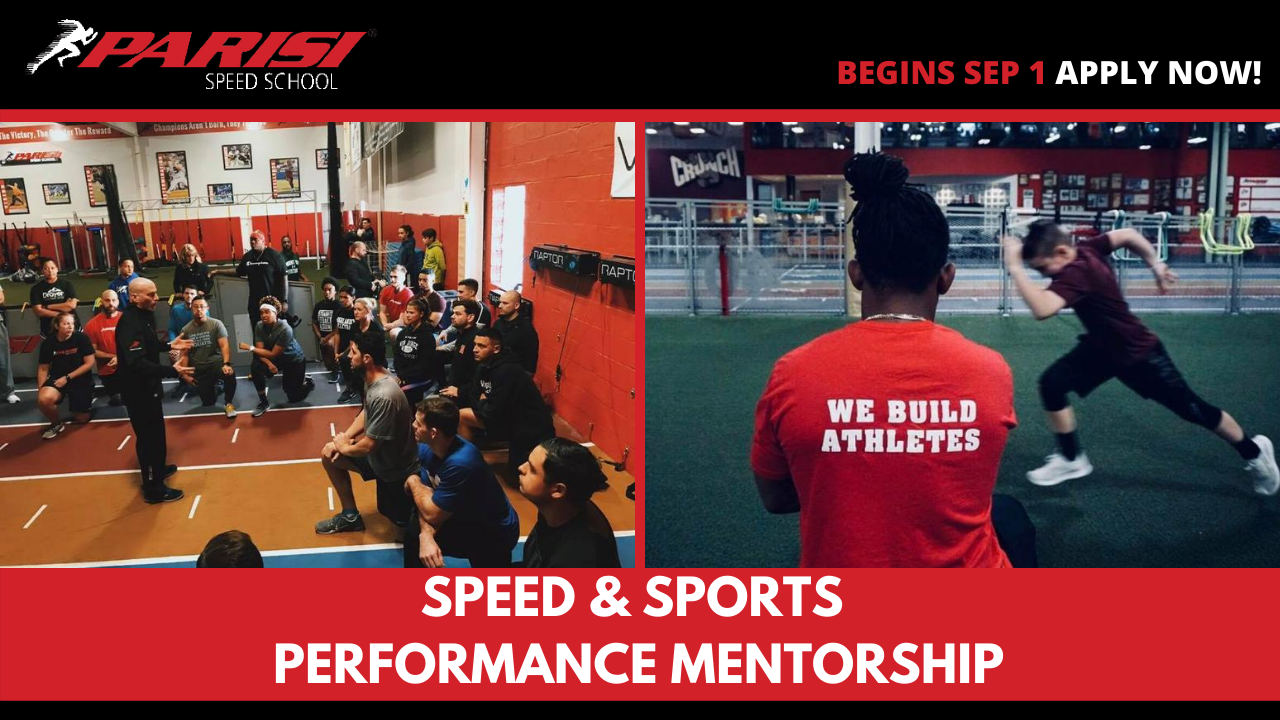 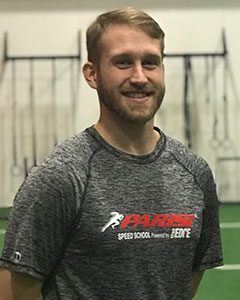 About Your Mentor: Casey Lee

Casey Lee, Parisi Speed School Program Director at The Edge in Williston, Vermont, has been with the Parisi Speed School since 2011. He has had one of the fastest tracks of any performance coach, becoming the youngest Master Coach in the Parisi network from 2014-2017. During this time he provided sports performance programming and educational content throughout the entire Parisi network. He also traveled to various Parisi locations through out the country to teach and certify new and existing Performance Coaches in the Parisi sports performance protocols.

Casey’s mission is to help others better their physical, mental, and professional wellbeing through fitness and positive interaction.