Coaching is a challenge. It is a privilege to be called Coach, but it will rarely be an easy title to carry. What we say and how we think matters more than you can imagine. Here are 5 reasons why it matters how we talk about and to our athletes and junior coaches.

1. If you want a positive culture, you must talk with positivity.

Are you the most encouraging person in the room, or do you sometimes set yourself up for failure by being negative? Positive thinking has a proven track record of being of benefit in education, sports, and business. Having positive thoughts can do nothing but help you.

Whether positive or negative, the expectations we have affect our performance and behavior. The effect is so great that our expectations will be fulfilled. So, see yourself and/or your team winning, and you will be more likely to accomplish your vision.

3. There is no age limit on the betrayal of trust.

4. Degrading statements are not effective.

Degrading your athletes or junior coaches is an ineffective way to build relationships. Instead of improved behavior, belittling increases the likelihood of your relationships worsening. How we communicate with our coaching staff and our athletes matters.

5. Encouragement works by building one another up.

Edifying speech is associated with improved outcomes. This is regardless of the age or ability of your athlete. Plus, encouraging words work on your young coaches.

These all seem pretty basic, but are you doing them with consistency? 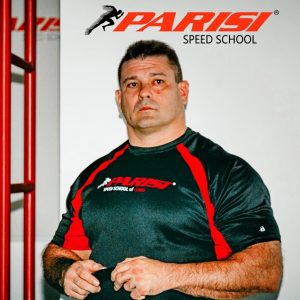 Do You Have A 20/20 Vision For Your Career?
Next Post: Parisi Speed School Named To Entrepreneur’s Franchise 500