Athlete Result of the Year

Join us in congratulating Jason Holmes of Desoto Athletic Club and his athlete Keith Ford, as the 2017 Best Practice Award Winner for Athlete Result of the Year. 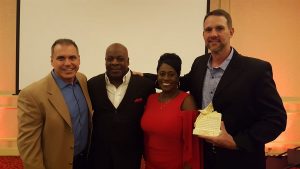 Keith has been involved in the Parisi training program since he was in 10th grade and it has helped him make some incredible accomplishments throughout his young athletic career. Keith made All-American his senior year in High School and went on to the University of Oklahoma to play running back. That is a tremendous accomplishment in and of itself but what is truly remarkable is that he even had the chance to start a few games as a freshman… even with three seniors ahead of him on the depth chart before the season started. 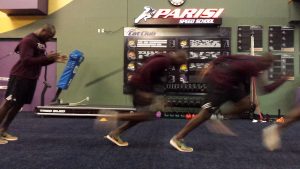 While Keith had his fair amount of success, he transferred his Junior year to Texas A&M and started most of the games that season. However, Texas A&M had a freshman come in late in games to clean up after Keith started and the freshman ended up having a 1,000 yard season. While most people would have sulked and complained about how the season turned out, it had the opposite effect on Keith. This just motivated him to work even harder and smarter, to prepare for his final season and make one, last impact in the Big 12 Conference his senior year. 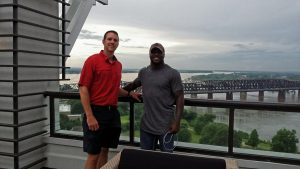 Jason had worked with Keith in the past, but now Keith’s goals were to work on mobility and flexibility, as well as form and techniques, to be able to use his strength and power. These were major issues Keith neglected in past years and Jason was happy not only to be working with him on these skills, but that Keith recognized that these were the skills he needed to be working on. 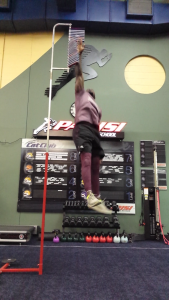 They put in tons of work in the time they had together but a great coach, like Jason, knows that there is more than just the work that happens on and off the field to make an athlete great.

Jason took Keith to different places and exposed him to new experiences he otherwise would have never had. Beale street in Memphis, Memphis in May BBQ Fest – a World Class BBQ Championship with over 500 teams, bass fishing to catch his first largemouth, baiting a hook with a cricket, hand feeding a cow, shooting skeet, and a drag race just to name a few. Keith even stayed at Jason’s home to make training easier.

Keith returned to A&M with a skill that was as strong as it has ever been and with a mindset that was even stronger. To illustrate this, in Keith’s first game of the season, he had the best performance of his career, rushing 18 times for 114 yards and 3 touchdowns. Although Texas A&M lost that game in a heartbreaker to UCLA, these results show just what can happen when an athlete has an uncompromising drive to get to new heights and a coach who has just as much motivation to help him get there. 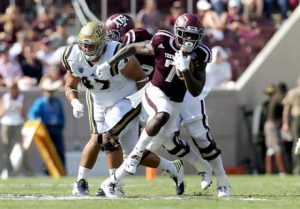 So again, let’s all congratulate the 2017 Best Practice Award Winner for Best Athlete Results of the Year, Jason Holmes and his athlete Keith Ford. One of the greatest teams in the world is one between an athlete and their coach. The skills and results that Keith has displayed on the field, shows us all, what can happen when there is a true partnership in trying to attain greatness.