Athlete Success Story of the Year

Join us in congratulating Steven Fox of DNA Sports Center and his athlete, Alexis Drake as the 2017 Best Practice Award Winner for Athlete Success Story of the Year.

Since age 11, Alexis Drake (known to the DNA team as Lexi) has suffered 4 ACL tears, but not one ever stopped her from pursuing her goals as a track athlete. Lexi’s most recent ACL injury occurred during her Junior year. What would have been crushing to some athletes as they entered their final high school season was merely a small obstacle in Lexi’s path. In April of 2016, DNA had the opportunity to start working with Lexi to help her make a comeback in track for her senior year and they didn’t waste any time. 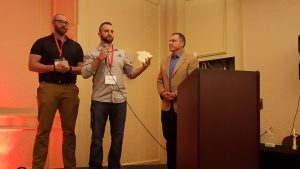 Steven worked with Lexi twice a week in private sessions focusing on sprint mechanics and getting her comfortable with moving again. The DNA strength coach, Connor Graham, worked with her three times a week helping to build not only strength, but confidence of movement, which is the most difficult aspect of an injury like hers. 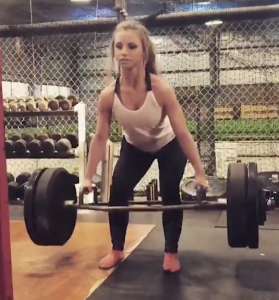 Coming back from the injury, DNA’s goals as well as her’s, was to simply be as competitive as possible and to enjoy her last track season as a senior. The very first meet of the year she came out and set PR’s. She ended up coming in 7th place during Districts in the 100m and her 4x200m team qualified for Regionals. She holds school records for the 100m and the 4x100m from her senior season as well. Her story was so inspirational that she even attracted the attention of her Local 12 News.

Steven felt it was so rewarding to be a part of her journey, and great to see her have such an amazing season. For him and everyone else at DNA, it was even more amazing to watch how with hard work and perseverance, an athlete is capable of overcoming even the greatest obstacles. 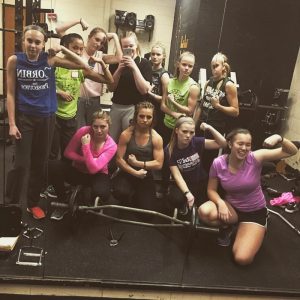 Lexi’s story is a tribute to the level of dedication and tireless work ethic that truly makes a Parisi athlete successful. It’s kids like Lexi that make being a part of Parisi Nation so rewarding.

Again, we are proud to award the 2017 Best Practice Award for Athlete Success Story of the Year to Alexis Drake and the team at DNA.   This story just goes to show us all, what can be accomplished, when an athlete has a desire to get somewhere and a coach provides them a path to do so.

Athletes who train with their friends increase athleticism and confidence at a faster rate!
Next Post: Athlete Result of the Year