Coach of The Year

Home » Blog » Coach of The Year

Join us in congratulating John Novak, as the 2017 Best Practice Award Winner for Coach of the Year. Over the past 12 months, John has made his mark and turned himself into the best all-around coach in the entire network. Through technical proficiency, relationship building and a hunger for knowledge, John has turned himself into a coach who can train all athletes, in all aspects of our program, at an incredibly high level. 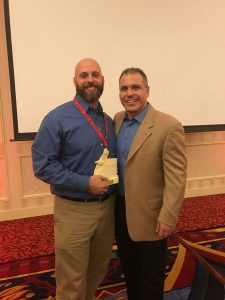 When John first came to Sparta over 4 years ago, that wasn’t always the case. John was mostly a strength guy and had to work hard at learning all of the nuances of the Parisi Program. However, he devoured all of the information we had to offer and was constantly asking questions and applying all of the answers, in order to become proficient in the speed and agility portions of the program.

He spent time reading articles and watching videos from a variety of training sources to gain different perspectives. In fact his owner, Steve Leo, says he has never been around another coach that spends more time studying up on the latest trends, techniques and news in fitness than John. 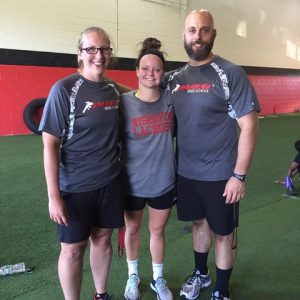 Because of this, John has turned himself into a coach that has practically mastered every part of our program and one that can teach it to any athlete. His ability to connect with athletes is truly amazing and is what separates him from many of his peers.

A self-described comic book and video game junkie, John can get the most out his Jump Start Athletes because he can relate to them on their level. As for his Total Performance and PEAK athletes, his ability to push them and motivate them in a way where they give him their max effort, every session, shows how much they respect his knowledge and abilities. No matter the athlete, their faith and loyalty to Coach John is unquestioned. 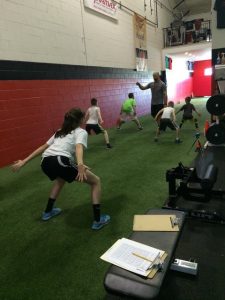 All of these reasons go into what may have been his biggest hurdle to climb, and that is gaining Steve’s trust and confidence in his abilities. We all know Steve has been around and has seen more coaches than anyone in the network. He doesn’t impress easily, but is quick to give credit when credit is due. Steve is quick to admit that he doesn’t know where Sparta would be without John.

John has taken such a big load off of Steve in terms of the training and programming, and even now has added being an elite PEAK and Team Trainer to his resume.   They both can get into hours long, spirited conversations about training.

In fact, Steve values John’s thoughts and insights so much that some of the new training Steve has brought to the Network has spawned from conversations and training with John. There is not much of a higher compliment than that! 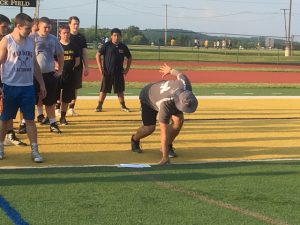 So again, let’s congratulate John Novak as the 2017 Best Practice Award Winner for Coach of the Year. Your knowledge of sports performance, motivation to coach and upbeat attitude has truly set the standard this year for all of our coaches to emulate. You have taken the bar that was set before you and raised it to even greater heights.