Join us, in congratulating Sully Parker of Parisi Speed School Fair Lawn as the 2017 Best Practice Award Winner for Lifetime Coaching Excellence. What makes a fantastic sports performance coach? Is it knowledge? Is it versatility? Is it delivering high quality sessions day in and day out? Is it an ability to connect with his or her client? Is it the capability of being a leader and role model for their peers? The answer is all of the above and if this individual has done it for an extended period, you get a coach who deserves to have a career of excellence recognized. What you get…is Sully Parker. 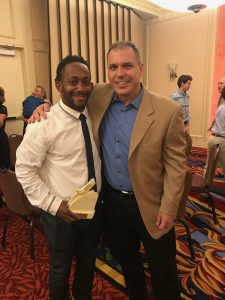 A Parisi Speed School Certified Coach since 2008, Sully has developed a number of traits over the years that make him a great coach, however one trait was there before he coached his first class. Athletes respond to coaches who have been in their shoes at one point, and back in the day, there were some quick feet in Sully’s shoes.

A former high school track star, Sully was a legend in New Jersey as a sprinter and was named to the Bergen County All-Decade Team, 2000-2010 in the 55 meters.   After high school, he went on to The College of New Jersey where he completed his Bachelor’s Degree in Exercise & Sports Science, giving him a very successful foundation to build on before getting his Parisi Education.

And just imagine that Parisi Education at that point in time. Bill. Martin. Cirilo. A trial by fire and being pushed by the very best, Sully embraced the challenges put out in front of him and responded like a seasoned trainer. It was this second trait, that pushed him to perfect his craft…and that was his passion. His passion for learning.   His passion for improvement. His passion to make a difference. 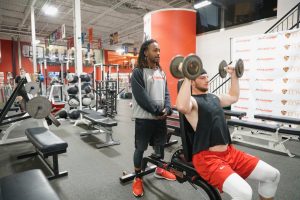 This trait is what has separated him from the pack over the years because Sully only knows one game…and that is his A-Game. He always brings it no matter the class, no matter the event, no matter the meeting. It’s that uncompromising attitude that has not just made him one of the pre-eminent coaches in the Parisi Network, but the whole country.

But it took time for him to get there. As we mentioned before, Sully was an elite athlete himself and it came very natural to him to coach elite athletes. Where he ran into some trouble was relating to all athletes. But just how some baseball players develop homerun hitting power after their first few years in the show and how some burners at wide receiver don’t come into the league running crisp routes, Sully worked on his weaknesses to become a well-rounded coach. 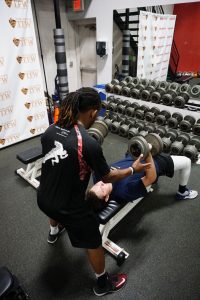 Now, there isn’t an athlete out there that Sully can’t help reach their goals. No matter the age, gender or ability of the athlete, Sully will work with each individual child to help him or her reach their potential.

Whether it is adapting to any given situation, bringing high energy out on the training floor, or continuing to stoke his passion to give back and be great, Sully truly embodies what it means to be a Parisi Performance Coach. 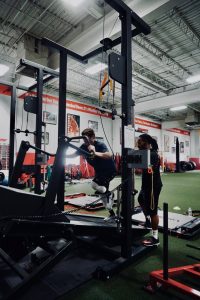 So again, let’s all congratulate the 2017 Best Practice Award Winner for Lifetime Coaching Excellence to Sully Parker. You have raised the bar at your facility, in our network and in our industry, and the impact you have made on and off the turf, is truly worthy of you holding the ultimate title…Coach.