When it comes to sports performance, every parent wants their child to jump high, run fast, and live up to their athletic potential. As coaches, it’s important to understand that laying the foundation for those qualities comes with proper instruction and proper weightlifting practices. The ability to generate and then expel force is a skill, and resistance training with proper technique is the best way to learn that skill.

Resistance training comes in all forms – powerlifting, interval training, bodybuilding, etc. Those are all viable options, but one of the best ways to build powerful, durable athletes is through the Olympic style lifts. It takes a while to become proficient, but once the snatch, clean, and jerk are learned, an athlete’s ability to land properly, brace their core, and load power in the lower body musculature become something to behold. Add to that the full body mobility which accompanies the Olympic lifts, and it could be said they are three of the best exercises for sports performance.

When it comes to sports injuries, many of the major injuries that occur are a result of non-contact. Sometimes athletes land incorrectly, or they plant weight on one leg the wrong way, and an ACL or Achilles tendon might get torn. Most of the time those injuries are due to landing and/or loading mechanics not being up to par for what the situation demands. However, if complex movements such as snatch, high pull, or hang clean are introduced to a program, landing mechanics can be taught and consistently reinforced as athletes also get stronger and more powerful.

As an athlete, it’s important to take advantage of the amortization phase of explosive movements. That phase should be short and fast, with every joint in that movement working together as one cohesive unit. With the Olympic lifts, you’re getting just that. 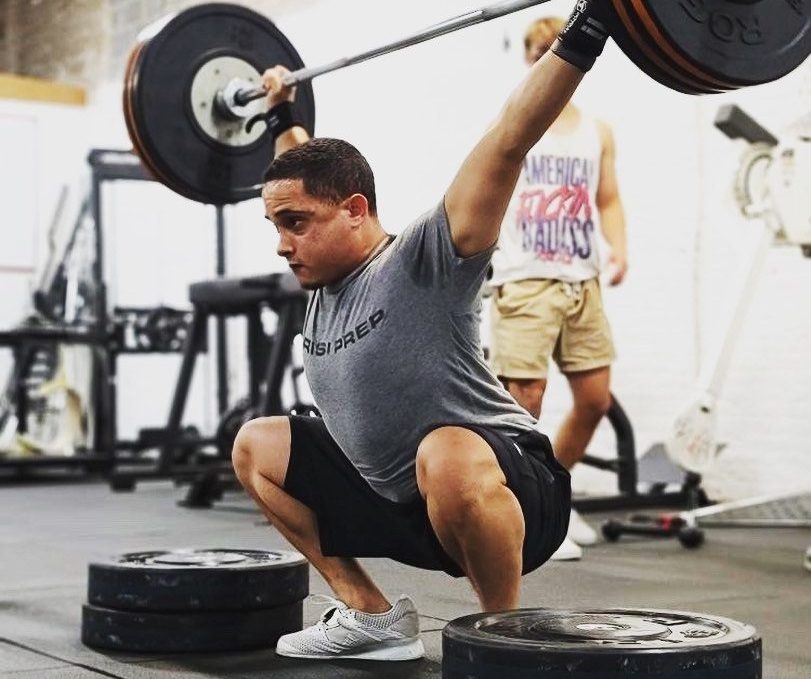 The Anatomy of the Olympic Lifts

Before the extension of an Olympic lift, or its variation, power is loaded via flexion of the knee, ankle, and hip joints. After that flexion comes a triple extension where the loaded barbell is lifted into the air and the athlete finishes the lift by either receiving it on, or above, the body, or returning it to where it started. No matter the Olympic lift variation (high pull, hangs, pulls, jerks) there always comes a landing, which serves as a solid structure for which the athlete can stop the acceleration of the bar onto the body.

One telltale sign of a bad clean, snatch or jerk variation is having a “starfish” landing. A star fish landing is a landing in which the feet are obnoxiously wider than the knees, and the knees themselves are in valgus positions. As one can guess, that’s not very good for the lower body tendons and ligaments. However, if technique is drilled and perfected, athletes can be taught to load properly while at the same time learning how to make the most of the amortization phase and the power associated with that phase. The best way to picture the landing of an Olympic lift is the landing of a depth drop off a box, only the hands are above head or held out in front of the body.

As you can imagine, the rapid triple flexion, extension, flexion, and receiving of the bar calls for a massive amount of power. As with any powerful movement, you need a core that is braced and able to act as a conduit of sorts. The best way to think of core as a conduit in the Olympic lifts is to picture a gardening hose.

If you have a hose with holes in it, your water pressure is going to be severely lacking as it flows from the nozzle. However, if your hose is hole-less, then the water flows out powerfully with no interruptions.

An athlete’s core acts the same way in any explosive movement; its purpose is to properly transfer force from the lower body to the rest of the body and then keep the same tightness as it receives or locks the barbell/ dumbbell overhead.

Along with landing mechanics, core strength, and power development, the Olympic lifts are also great exercises for building flexibility in the shoulders, ankles, knees and hips. When it comes to the shoulders in the overhead Olympic lifts (snatch and jerk), the amount of flexion and stability gained in the shoulder blades and rotator cuffs are more than enough for any field athlete. 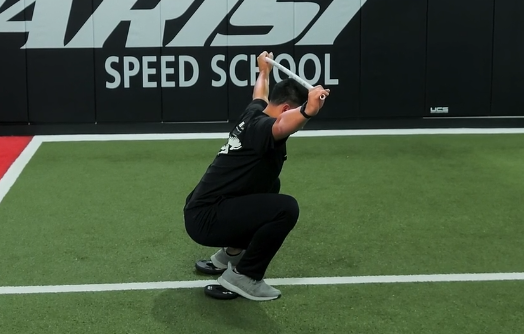 When done correctly, the Olympic lifts are a great tool for building young athletes, but oftentimes the hardest thing is figuring out how to implement and teach them. An easy way to start is with a PVC pipe. With a PVC pipe you can work on all of the lift mechanics, while at the same time getting proper landing technique and mobility work thrown in. These movement patterns can be performed in a way to prime the body for agility drills where landings are needed, or as a full body primer for any main strength lift.

However, the important thing to keep in mind when teaching these movements is the time needed to learn the full snatch and clean jerk. Unless an athlete has months or years, start with a variation (hang, muscle, block, etc.) and focus on making that variation as technically sound as possible and as powerful as it can be. Once athletes are proficient enough, their speed, strength and power will surely outpace their peers! 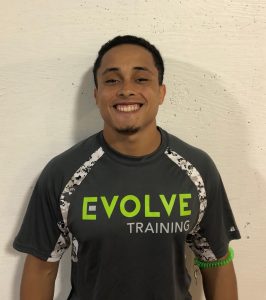 About the Author: Khalil Harrison

Khalil has been in the fitness realm since 2008 when training for high school wrestling. After 5 years of competitive wrestling and being under a barbell, Khalil began to coach as a sports performance coach. He has experience working with high school soccer, lacrosse, hockey and wrestling teams. Khalil also is a certified USA Olympic Weightlifting coach as well as a national level athlete in the 67kg weight class.

Khalil is continuing his education at CUNY Lehman College in their Human Performance graduate program.