Rookie Coach of the Year

Join us in congratulating TJ Kuster of Method Sports Performance as the 2017 Best Practice Award Winner for Rookie Coach of the Year. Building a new business in the sports industry is an uphill battle, but TJ embraced this challenge in adopting the Parisi Speed School program at METHOD Sports Performance and was crucial to its first year of success. 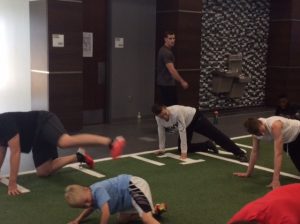 Described as the ultimate right hand man, TJ’s relentless work ethic and dedication were instrumental in not only the launch of Parisi at METHOD Sports Performance, but in helping the program grow from zero athletes to 258 in just over a year. He takes his job very seriously, always going the extra mile for all of his kids. In return, every kid leaves sweating and smiling after working with TJ.

TJ’s story of how he came to be an integral member of the team at METHOD shows just how valuable he is to his facility and the Parisi network. Last winter, TJ and Chad Coy, Director of METHOD Sports Performance, began training together. Chad immediately recognized what a great athlete TJ was and when there was a job opening for a Supervisor at Method’s Speed School, he was able to scoop him right up. In Chad’s words, “When Tom Brady is left on the table you take him! I felt like I won the lottery.” 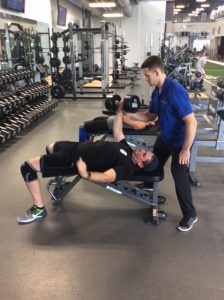 From day one, TJ tackled the information about Parisi and devoured it. TJ and Chad tag team athlete evaluations and work together to disseminate the information to parents. From a business standpoint, TJ has grown leaps and bounds in such a short time, learning how to present and close so well that Chad never has to worry if he’s unable to be at an evaluation. To this point, the team closed 100% of their evaluations in September.

From a coaching standpoint, it simply comes to reps. In the last year, TJ has gotten the reps of teaching 10 sessions per week at a minimum. He’s had the opportunity to coach 3 collegiate teams, several travel teams, and a high school. All of the kids, from Jump Start to Total Performance to PEAK, have enjoyed his coaching style. 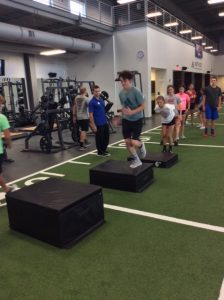 TJ has embraced everything that Parisi is and thrives on helping people enhance their physical capacities. His passion in life is helping kids achieve their goals, while having fun and keeping them safe. He became interested in health and fitness after accumulating various injuries throughout his sports career, and it was the rehabilitation process from these injuries that started him on his career path in fitness and coaching. He knows what it’s like to be injured and not able to be active, and it’s his goal to keep his kids healthy, while providing a great training program suited to their unique needs to enhance their performance.

TJ is not just a coach; He’s an irreplaceable asset to his team at METHOD and the Parisi community. Again, let’s all congratulate the 2017 Best Practice Award Winner for Rookie Coach of the Year, TJ Kuster. Your growth as a coach and leader at Method in such a short period of time is nothing short of impressive.

John Novak Named The Parisi Speed Performance Coach Of The Year
Next Post: Find out what makes the Parisi Team Training model unique!