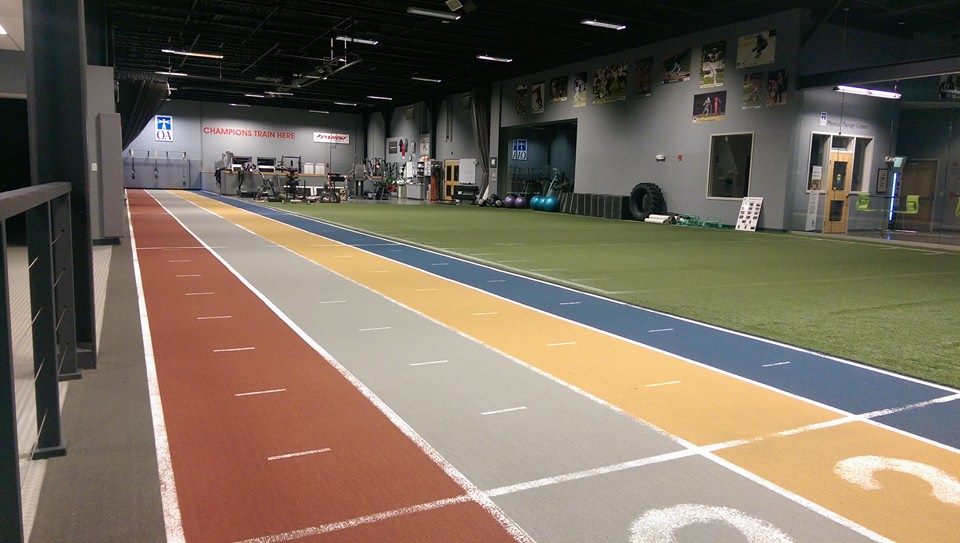 The Acceleration Ladder or “Stick Drill” is a sprinting drill that originated in East Germany during the early 90’s. A sprint coach by the name of Remi Korchemny utilized this drill with his athletes, and his successes with it lead to a popularization of it across the United States. The drill is now used by most high school and collegiate level coaches.

Though an acceleration ladder can be seen painted on many school tracks in the U.S., most coaches lack the knowledge on how to properly use this tool. This is an exercise in which the coach can analyze the athletes sprint, and is best used on small groups or individually.  The purpose of the training tool is not meant for large groups or novice sprinters. Proper sprinting posture, knee drive, and arm action should be taught proficiently before trying to tackle this subtle but tough exercise.

As mentioned, the acceleration ladder is a great way to analyze the sprint of an athlete. It is important to note:

The ladder gives the athlete a goal to strive for, with every rung/line getting a little further apart as the athlete speeds up. Different athletes will have different power outputs and different lever lengths. Allow time for recovery between each sprint, as this will allow the athlete to perform the sprint with optimal power output. Keep these points in mind when prescribing ladder lengths as to not break down the athletes sprint, defeating the purpose of the ladder.