The Skill of Deceleration

Home » Blog » The Skill of Deceleration

There are more athletes playing sports than ever, and there is more training knowledge available than ever before. You would think there would be less injuries than ever, but in fact, we are looking at MORE athlete injuries than ever. The problem? Athletes are becoming stronger and more explosive from advanced training modalities, but they lack the fundamentals to control themselves, land and stop, so they are actually MORE dangerous.

Imagine buying a new Corvette with the biggest engine possible, but you had to remove the brakes to make room – that would be crazy! Who cares how fast a car can go, if it doesn’t know how to stop? We have to think the same way with our athletes.

Did you know the gravitational braking forces experienced during deceleration can be up to 2x an athlete’s bodyweight?

The number one issue we see as performance coaches is a lack of proper deceleration mechanics after every sprint, every change in direction and every landing. We hear a lot about the toe up position in sprinting, and the importance of arm mechanics, but the skill of deceleration is actually one of the most important things athletes should be learning! The truth is that stopping speed is as high a priority as sprinting speed. Here’s the good news:

The skill of deceleration is simply a habit that needs to be learned.

Deceleration is without a doubt a highly-trainable skill, no matter the age of the athlete. An athlete’s ability to control momentum in all three planes of motion is not only a key to top performance, but also injury prevention.

Deceleration training must teach the ability to load into the ground multi-directionally using proper technique. It is done so that kinetic energy can be stored briefly in the tendons and ligaments as to create a short moment of stretch leading to a rapid recoil. This offers an athletic advantage. 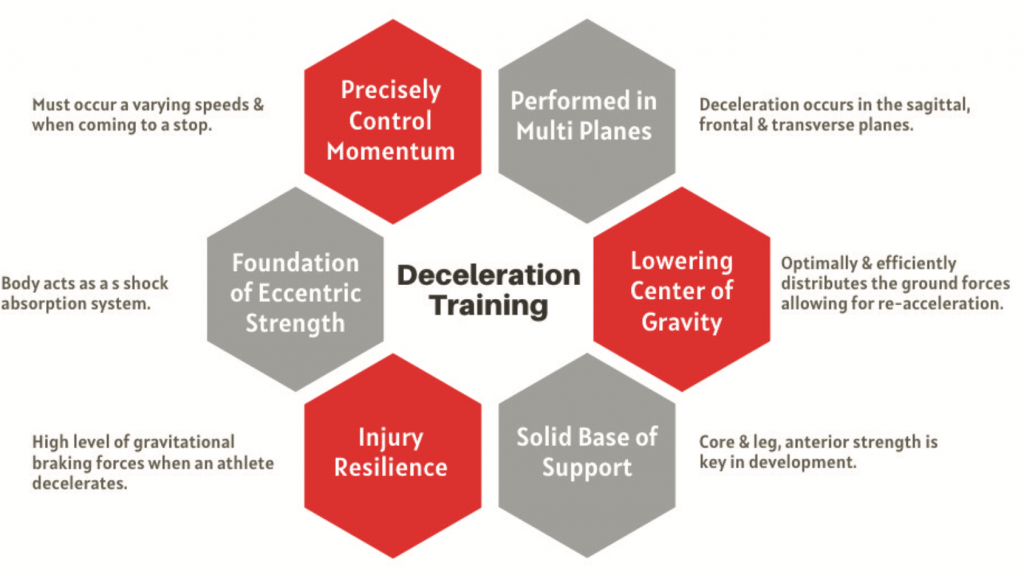 The easiest way to begin teaching athletes the skill of deceleration is beginning in a landing position. Then, simply take one step forward with the right foot, left arm forward and up, right arm back in the 90 degree angle, drop the hips – boom, deceleration position. 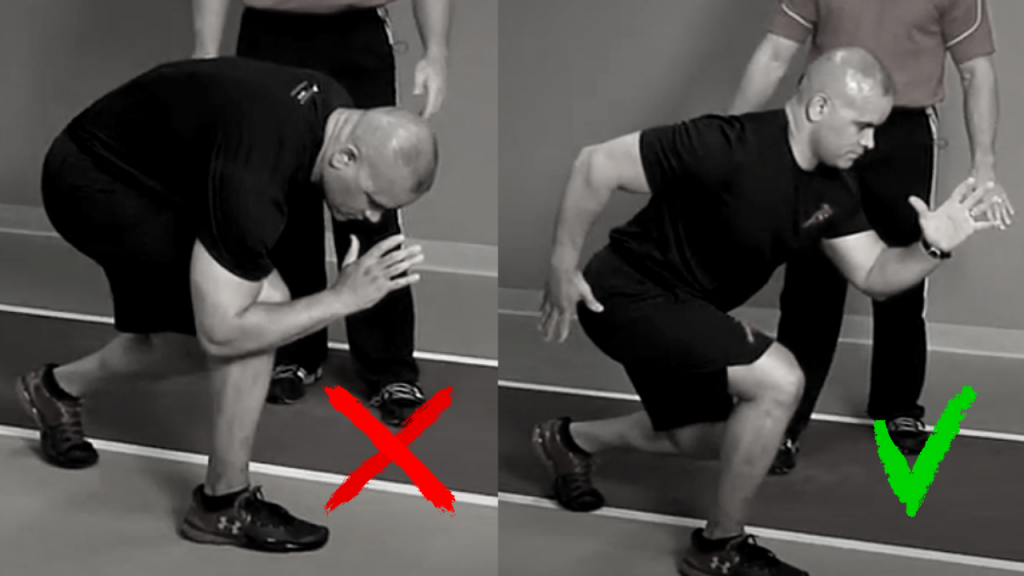 Outside of track & field, most sports are played in all planes of motion. This means we must also teach our athletes how to properly decelerate in a position that allows them to explosively (and safely) change direction. Again, we begin in a landing position where the feet are brought out slightly, along with the arms. In this position, shoulder blades pulled back and arms pulled open, now an athlete can move off of this position in any direction. 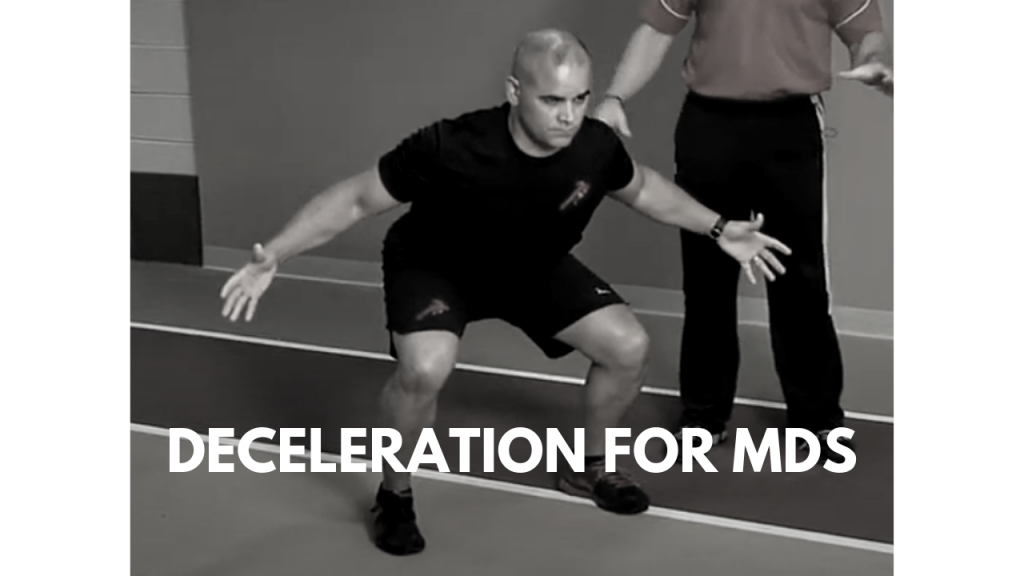 The most important coaching cues for deceleration are:

Learning this skill may at first seem simple for an athlete, but when applying it during full-speed movement, it becomes much harder.

If athletes are finishing as well as they are starting, we are not only going to increase their chances of performing better on the field, but also decrease the chance that they might become injured.