5 Things You Should Never Say to Your Athlete

Home » Blog » 5 Things You Should Never Say to Your Athlete

The greatest gift a coach can ever give to their athletes is belief. As coaches, many times we must believe before our athletes do. Never tell your athlete that you think they do not have what it takes. They may not be able to achieve their goal right now, but with hard training, almost anything is possible. Tell your athletes all the time that you believe in them!

No one wants to be perceived as weak. No one wants to be told that they don’t have what it takes. Edify your athletes by telling them strength and patience go hand in hand. Be patient; the strength will come with time. Point out to your athlete when they show strength (whether it’s physical or mental) and encourage them!

There is a huge difference between being disappointed in a behavior and being disappointed in your athlete. Make it very clear when discussing behaviors and use the time to correct the poor behavior. Always celebrate good behavior and tell them you are proud of them. For every time you point out a behavioral downfall, give at least three areas the athlete does well in.

4. “I’m working on something important. You’ll have to wait.”

Your athlete should know they are important to you and to do that we may have to set side what we are doing and focus on their needs. You don’t have to do this all the time, but it communicates to them that you hold them in high regard. Focus on the excitement of your athlete and what they have to say. Knowing you care and are willing to listen will make them want to give you everything they have!

5. “If you had done “THIS”, you could have been successful.”

Nothing crushes an athlete more than a coach’s immediate evaluation of his or her performance. If they just failed, your athlete needs to know you are there for them. They need to know they are not alone and that you are there to help them. Look at the things your athletes do that make you proud and make sure you tell them! 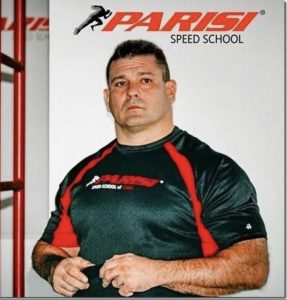 Previous Post: « Goal Setting Advice for Young Athletes (& Their Parents)
Next Post: Do You Have A 20/20 Vision For Your Career?